10 Reasons why you should Learn Python Programming in 2021 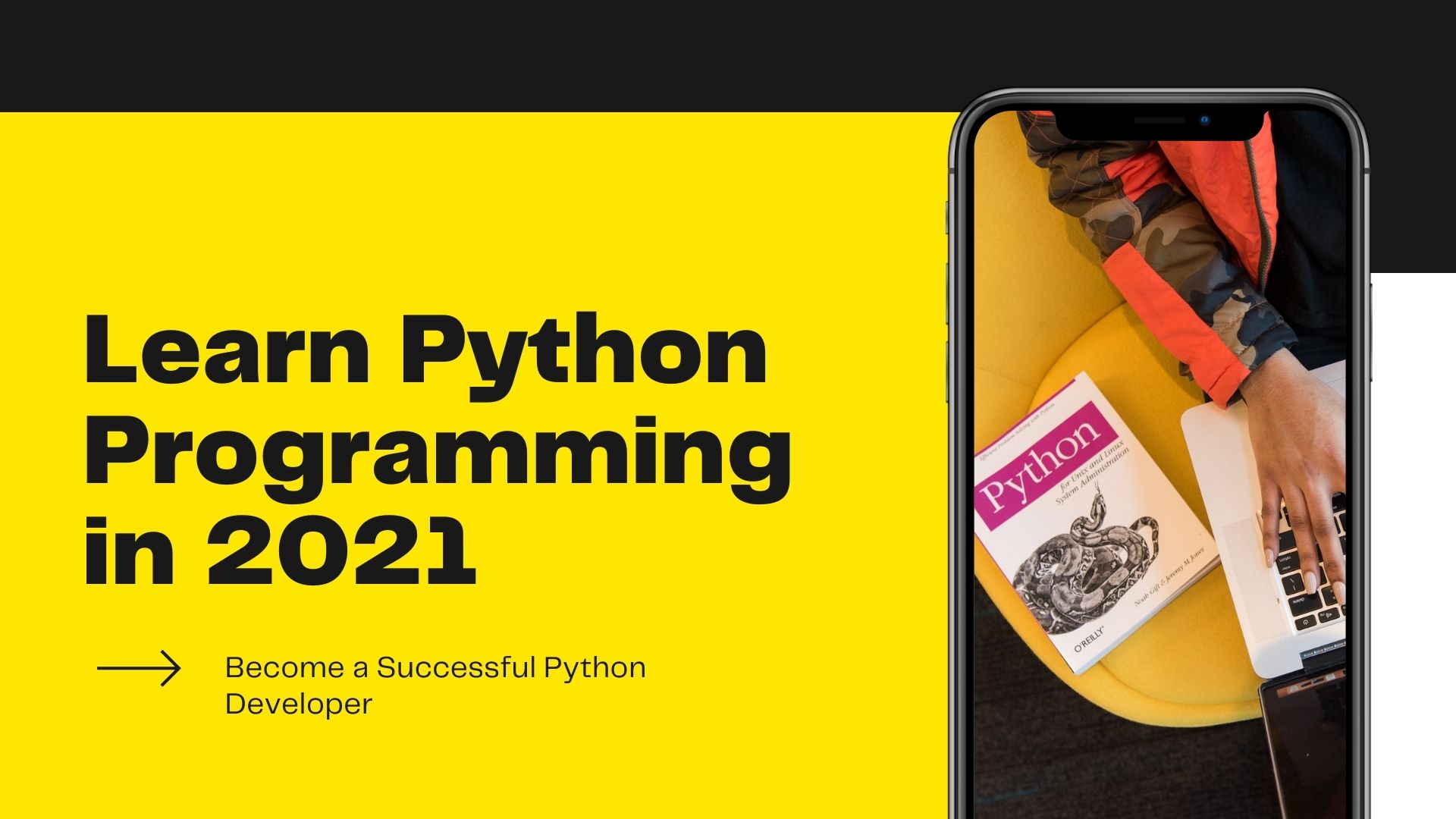 Python is an incredibly popular language and one of the most searched programming languages in the world. Why? It is only because of its worldwide appeal. Python programming finds applications everywhere, whether it’s Data Science or Big Data, or whether it’s for coding and app development. This is how flexible it is.

In recent times, the language has become so popular that aspirants aspire to learn the language and acquire python programming skills.

If you’re a candidate like who want to learn Python but are uncertain about it and thinking, “Will I learn Python?” Today, we will put all those doubts to rest.

We’ve listed the top reasons for learning Python to make it easier for you.

1. It Could Not Have Been Easier Than Python!

The major reason why Python programming is an excellent choice for beginners is its inherent simplicity. Frequently beginners seeking to enter the field of coding/data science, Why study Python?

Python has an easy syntax, and the high readability factor makes it a language that is comfortable for beginners. Normally, the Python learning process is much smaller than any other languages like Java, C, C++, etc. In addition, without thinking about the documentation, Python lets you move straight to your research study. As a result, Python is best for activities like web creation, text processing, data analysis, statistical analysis, and in the development, and data science fields.

2. Python Is Extremely Versatile And Flexible

Python is flexible and easy efficient. This Python versatility enables you to execute cross-language operations without any difficulty. You cannot only merge it with modules of Java and .NET, but you can also execute python language with C/C++ libraries using Python. Even, almost all popular platforms support Python, such as Windows, Linux, Macintosh, Solaris, etc.

3. Python Has A Library, To Cater To Your Every Requirement

As many important libraries as Python, no other language can boast. The programming language provides the best set of libraries that are useful for development and data science assignments.
It has NumPy, SciPy, Scikit-Learn, Matplotlib, Pandas, statsmodels, and so much more. NumPy is one of the first Python libraries to introduce multi-dimensional arrays and matrices with high-level mathematical functions. For scientific computing, it is the perfect option. SciPy, NumPy’s scientific counterpart, be designed with everything, you need for numerical integration and scientific data analysis. Another famous Python library that has been developed on top of NumPy is Pandas.

Another explanation for learning Python is that it makes the process of web development very much simpler. Python comes with a wide range of web development frameworks, including naming a few of, Django, Flask, Pyramid, TurboGears, Web2Py, Bottle, CherryPy, Hug, Falcon, Sanic, and FastAPI.

Similar Python programs allow developers to write stable code much quicker. Besides, they are able to automate the execution of simple solutions, reducing the time for development. As a result, developers can concentrate on more important aspects, such as application logic. Moreover, Python frameworks can also perform web scraping tasks.

5. For Data Visualization, There’s A Variety

Python has something for everyday needs, as we described earlier. It has plenty of data visualization options. Matplotlib (the foundation library based on which Pandas Plotting, Seaborn, and ggplot were developed) is one of Python’s most popular data visualization tools. With these data visualization frameworks, you can easily make sense of full visualization. Not only that, through different visualization choices like graphs, pie charts, graphical plots, web-ready interactive plots, and much more, you can also visualize your results.

Python is the way to go when it comes to checking or validating ideas/ products. It contains many integrated testing systems that assist in debugging and speeding up workflows. With applications such as PyTest and Robot, Python supports both cross-platform and cross-browser testing. Other test systems, such as Unit Test, Behave, and Lettuce, also work.

For EAI, Python is a great option. It can be completely integrated with applications, and it also relates to apps written in many other languages. In this case, Python can only execute the CORBA/COM elements and connect directly from and to Java, C++, or C program.

The language features powerful integration with Java, C, and C++ which makes it great for scripting applications. The text processing and incorporation features of Python are truly admirable. It can be used for creating GUI and desktop applications as well.

8. Python Is Perfect For Scripting

Indeed, Python is not only a language for programming; it can also be used for scripting! The characteristic that sets scripting languages apart from programming languages is that no compilation is needed for scripting languages; they are directly interpreted. In Python, you can write code from a script and execute it directly. During the runtime period, the computer can read and translate your code and execute error checking. You can use it several times until the code is error-free. According to Linux Journal, Python is the best language for programming and scripting.

Python has a vibrant and well-knit group on which you can focus. You may always request assistance from the Python community in the case of any coding-related or data science problems. They are always ready to help individuals. By developing new tools and libraries, developers, and project managers constantly contribute to enriching the language.

You can command high salaries in the industry if you have Python skills. Since Python currently controls the fields of technology and Data Science, it offers a high growth graph with huge wage prospects.

Conclusion
Well, there are ten reasons for learning Python programming in 2021. Python has developed as the industry’s number one programming language, and if not today, then when can I take full advantage of it? Check out Python training in Chandigarh if you’re interested in learning Python & want to get your hands dirty on different tools and libraries.