How Online Jobs Can Help a Teenager Start a Startup Business 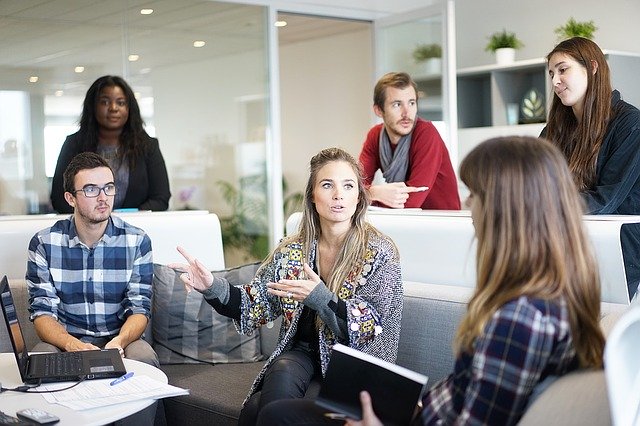 There’s a popular quote by Robert Kiyosaki, an American entrepreneur who’s reputed for his bestselling book: ‘Rich Dad, Poor Dad.’ He says: “When you’re young, work to learn not to earn.” In these few words, Robert Kiyosaki sums up the importance of teenagers taking up jobs while they’re studying.

While money is definitely something you’ll earn while working as teenager, there’re other vital skills you’ll learn too. One of them is financial skills or money handling skills, a greater sense of responsibility and of course, the importance and value of time.

Nowadays, most teenagers work online. That’s because a lot of online jobs doesn’t come under the purview of America’s labor laws. This means, anyone from the age of 12 to 19 can work online, as long as the tasks aren’t hazardous mentally or physically.

At the same time, an online job also helps teenagers to launch a startup. This might come as a surprise to many teenagers and their parents. In fact, there’s a long and very impressive list of teenagers who became millionaires by working online. And definitely you’ve heard about some of them and used their services and products too.

A distinct advantage that teenagers have is their ability to identify a need quickly. When you work as a teenager at any business, you’ll definitely find out loopholes and snags. And customers have no options than to accept these shortcomings of a business or its products and services since alternatives aren’t available.

Most teenagers generally work at businesses that have been set up several years ago. Hence, their owners could have been slower or even neglected to adapt and innovate according to needs of the younger generation and present circumstances.

As teenager, you’ll definitely observe such flaws of even the most successful business. And if you exert some extra efforts, you’ll be able to create a business that helps overcome these inherent defects and offer something entirely new to consumers that makes their lives easier.

In fact, every teenager that became a millionaire and billionaire could launch a startup because they were alert enough to identify need of the era and create something that people would love.

Skills You Learn while Working

Most teenagers that launch startups usually utilize skills they learned while working. In such cases, the educational qualification becomes secondary consideration. However, I will be speaking about the role of education among teenagers later in this article.

Generally speaking, every teenager is quick to learn new skills. And most teenagers love to flaunt their new skills and their eagerness to acquire them. You can fine-tune your skills while working and use them later to launch a startup. You also gain vital insights into how to run and operate a specific business. That’s because most teenagers find work that suits their personal tastes rather than educational qualifications.

Now coming back to education, as I mention earlier. Working as teenager can actually help you identify the right academic course and the right educational institute. This gives you an opportunity to acquire enough knowledge and a degree that’s necessary to launch a startup.

You might wonder, where’s the relationship between your educational degree and startup business? A lot in fact. Unless you have considerable amount of money or can launch a startup with almost zero investment, there’s something known as venture capital that you’ll require.

While applying for funds from venture capitalists and crowdsourcing platforms, you’ll have to submit a detailed business plan. And this business plan has to include your educational degrees and skills that amply prove you’re qualified to launch the startup, that it merits funding. That’s because no investor wants to put their money on a losing proposition.

There’re more ways by which a working teenager benefits while launching a startup. The first is that you’ll find some partners or peers who’re toying with almost similar ideas. You could combine forces as teenagers and launch a startup together.

Working teenagers also get a lot of help from parents and teachers or faculty members when they launch a startup. This can prove very vital in initial days of the startup because you can focus skills from your work towards main functions of the startup business. Your relatives and friends can look after simpler tasks.

Money you get from working as teenager can also serve as initial investment to launch your startup. This can reduce or even negate the need for venture capital or external funding.

One of the prime reasons that startups succeed is because they meet the needs of people. They focus more on meeting needs of people instead or mere money making. As working teenager, you can identify these needs at work as I mention earlier and use your knowledge and skills to become a very successful startup entrepreneur.