Haridwar | The river as my temple 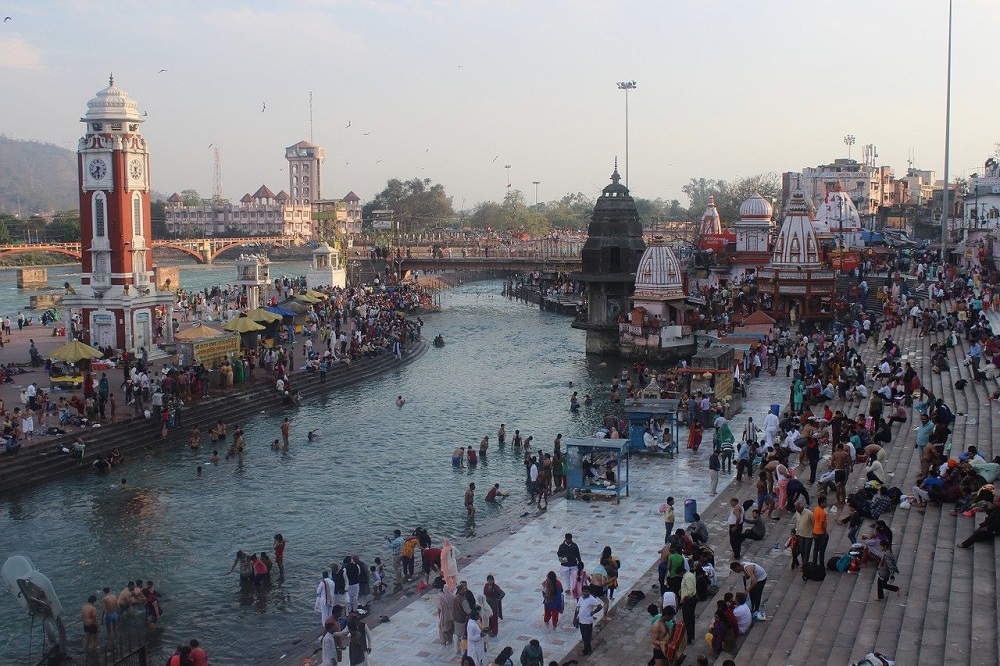 Haridwar is one of the holiest places in India, Haridwar translates to ‘Gateway to God’. According to Hindu mythology, Haridwar is amongst the four spots where the elixir of immortality (Amrit) fell on earth.

The city is also the starting point of the Char Dham Yatra. Many tourists, however, prefer to wash away their sins with a quick dip in the Ganga at one of the bathing ghats here. This ancient town has a unique flavour and the evening aarti at Har-ki-Pauri is quite spellbinding.

Haridwar was old even before many of the world’s ancient towns were born and found in the Vedas and Upanishads. Despite this, Haridwar hardly has any ancient monuments. It thrums with the Ganga River’s divine energy, and its numerous bathing ghats are the town’s essential tourist spots.

Making its way from the Himalayas, it is at Haridwar that the Ganga River begins its journey into the plains of northern India, lending the city its ancient name — Gangadwara. Haridwar is also significant because Hindus scatter the ashes of their deceased in the Ganga after cremation to aid them in the cycle of rebirth.

According to legend, a king of the ancient Kosala Kingdom and descendant of the mythological Surya Dynasty, Bhagiratha, perform-ed a penance for a thousand years in Haridwar to salvage the souls of his ancestors. They had died because of the fire that sprang from sage Kapil’s eyes when he was disturbed while meditating. Bhagiratha’s penance was successful, and Lord Brahma asked him for his wish. Bhagiratha wished that the Ganga River be brought down to earth from heaven to perform the last rites of his ancestors.

Brahma then asked Bhagiratha to perform penance for Lord Shiva because he was the only one who could break Ganga’s fall from heaven, lest her tumultuous plunge cause devastation. Lord Shiva appeared after a year’s penance and promised Bhagiratha that he would fulfil his wish. Ganga eventually gushed down from heaven, and Shiva captured her In his locks (jataka). Bhagiratha prayed to Shiva, and he let Ganga flow down gently, thus releasing Bhagiratha’s ancestors from the cycle of rebirth.

Evenings are the best time to visit the Ganga banks; small leaf boats are filled with flowers and diyas and set adrift on the river. The sight of these tiny twinkling lights floating down the river will take your breath away. It is also a low budget trip in India

The main and, often, most crowded bathing ghat, Har-ki-Pauri, Is a 1.5-km walk from the Haridwar Railway Station. The bus stand (Tel: 01334- 227037) is diagonally opposite the railway station. Right outside the station is the Haridwar Taxi Drivers and Owners Association Stand for religious purposes.

It is believed that this is the exact point where the Ganges leaves the mountains and enters the plains. “Hari’ means Lord Shiva, and “Pauri” means step.

The ghat Is also known as ‘Brahma Kund’. It is believed to have been built by the legendary king Vikramaditya in the 1st century BCE in honour of his brother, the saintly poet Bhartruharl. The latter is said to have meditated here. It is commonly believed that both Lord Shiva and Brahma visited this place In Vedic times.

There is also an imprint of Lord Vishnu’s foot, Vishnucharan-paduka, on one of the ghat’s stone walls below water level. The Ganga Mandir and Haricharan Mandir are located here.

As evening descends, the spectacular daily event of Ganga aarti draws a massive crowd of pilgrims in Rishikesh and tourists a like for the spectacle. Lights float down the river, and priests perform elaborate rituals while everyone sings devotional songs. The aarti generally begins shortly after sunset.

Har-ki-Pauri  Ghat is also regarded as the most promising point to bathe in the Ganges during the Kumbh Mela. A temporary meta township comes up around Har-ki-Pauri when the Kumbh is celebrated.

The gleaming white shiklurra of the Mann Devi Temple, dedicated to the eponymous goddess, is visible on the crest of the Bilwa Parvat, high above Haridwar.

The temple offers spectacular views of Haridwar and the Ganga. Pilgrims tie threads symbolic of their wishes to the branches of a tree In the temple. When this wish is fulfilled, they are supposed to come back and untie the thread.

The temple can be easily accessed by cable car, although the 30-minute uphill climb is enjoyable in the mornings.

It is one of the most famous temple in the Haridwar, the Chandi Devi Temple has an enviable location on top Neel Parvat in the lower Shivalik ranges. The 3km climb to the top is a little challenging for the unfit – It can take up to an hour or even more.

It is also accessible by the same cable car that you take for the Mansa Devi Temple. It is surrounded by dense forests and boasts of splendid views. The temple is believed to have been built by king Suchat Singh of Kashmir in 1929. The main idol in the inner sanctum, however, dates back to the 8th century CE.

Goddess Chamunda is believed to have rested here during her battle with asuras.Udan Khatola tickets 7163 round-trips

Dedicated to Lord Shiva, the Daksha Mahadev Temple is one of the most important temples in Haridwar for pilgrims. It is named after King Daksha Prajapati, Goddess Sati’s father and one of the deities who presided over creation. Legend states that this temple was where Sari died after Daksha refused to accept Lord Shiva. The temple has a lovely location on the banks of the serene Ganges and boasts of stunning architecture.

Love this blog please show your love by commenting below

Here’s What You Need to Learn About Online Branding!