Uber to Welcome the Spanish Summers in Costa Del Sol 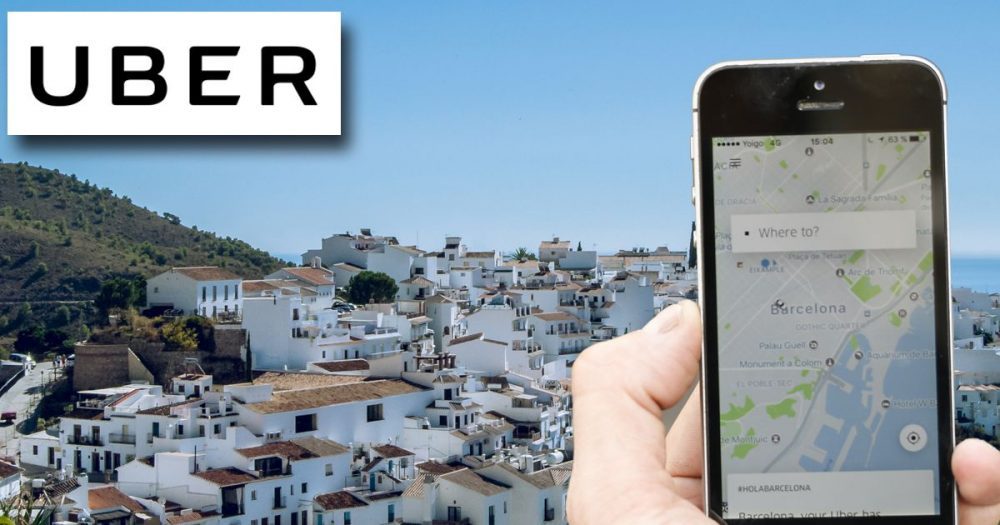 Uber has been in the news since the time it was originally started. Either with some controversy on board or with some sort of an add on or technical enhancement, Uber has managed to stay in the lime light for as long as any mobile application can hope to.

It has once again exposed itself to the paparazzi by announcing its expansion plans towards Spain. Its big reveal stated that they planned on hitting the southern Costa del Sol coastline just in time for the summers. Why summers? Well, the coastline welcomes millions of tourists during the summer season. More people guarantee more movement and there by a need to develop a systematic solution to cater to the people’s requirement.

Statistics indicate that just the last year alone hosted over 12.5 million visitors in this beautiful location. This is indicative of the kind of potential the place has in terms of revenue generation. Uber seemingly has its eyes locked on firmly over the target of pulling in as much of a share as it can from this region.

When Uber was launched some 10 years back, no one could have thought that it would become a giant in the realms of taxi booking and taxi hailing. Being the first of its kind, Uber has had to do a fair bit of ground breaking and establishing its own territory everywhere that it went.

With every successful step forward, Uber has become a little wiser and a little bolder. With its recent reports of retreat from the Malaysian market, it has learnt some and chosen to capitalize on this time to expand to Spain which is known to have seen regular activity by tourists.

Although Costa del Sol might have other taxi services, Uber promises to deliver high end services quickly and cost effectively in this belt too. Being a decade old, systematic and organized, this app is trusted and definitely very user friendly. What’s more, it already has a fixed user base with it. People who are loyal to using Uber will definitely choose it even when they are traveling overseas. For example, an Uber customer from the U.S.A will choose to use Uber when traveling to Spain rather than anything else.

An Uber spokesperson states, “With the launch of UberX in time for the busy summer season, we are thrilled to bring on-demand transportation to the Costa del Sol”. It is understandable that the company must be overjoyed at the prospect of developing its arms and legs into new territory which already promises profitability. Uber also says that “We are committed to being a true partner to the cities of this famous tourist region for the long term.”

The Estimated Time of Arrival for Uber here in Costa del Sol seems to be around the beginning of June as per the company claims. One has to admit that the time Uber has taken to grow into new regions is staggeringly low. Within a very small time frame, Uber has managed to make its mark on the world. Their plans for the Spanish summer is close to an area of 60 Kms that covers the regions of

Uber has been inching slowly towards complete cab app supremacy in the EU over the last few years. EU does have other cab hailing apps that people are quite comfortable with. But , with the kind of capital Uber has invested in making their app absolutely user friendly and personalized, it has become very popular very soon.

Its new strategy in expansion in the European sector seems to have changed. They have had quite a few hits and misses in the regions of:

Just like big companies always do, Uber survived these setbacks. By learning to withdraw in time Uber has still emerged as the most predominantly used cab hailing service.

Let’s see what the future holds for the Uber in Costa del Sol. As per the opinion of most business analysts, this is a true winner. In that case, it wouldn’t be a surprise if many Uber clone apps start getting launched in every tourist destination.

Barcelona has proved to be a game changer in Uber’s profile. Barcelona is responsible for a major chunk of Uber’s income. So it is understandable for them to want to launch in the Spanish coast. As Uber raises its head in the transportation sector here, it will be interesting to see how the local players cope.