Uber coming back with self-driven Cars – The biggest Uber news of the year! 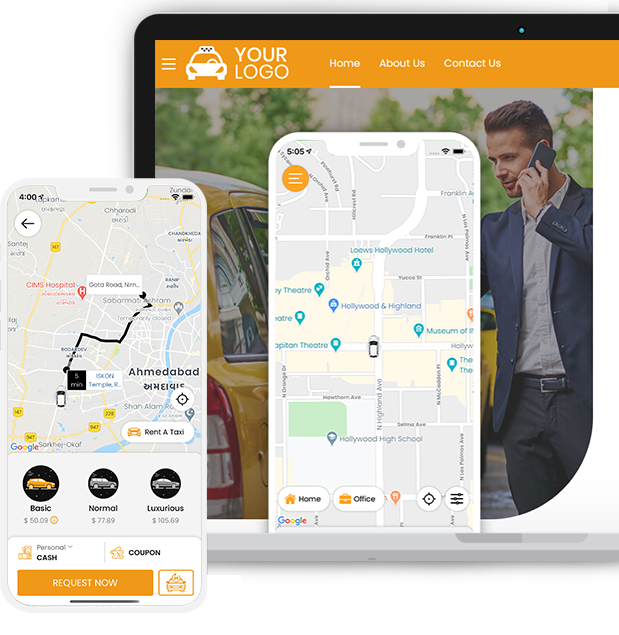 Till date we have seen cars driven by people but what about the self-driven ones? Stay tuned to read the Uber news below and know how this innovation is changing the world of driving cars. For now, we can say that Uber is definitely going to get success with this new innovation.

Uber, one of the leading mobile taxis booking app has been built with the recent technologies, especially for ios and Android. These are considered to be the most technically advanced form of taxing apps in the world. This Uber clone app has come in two different types where one is meant for the passenger to book cabs, track drivers, pay them and the other is meant for the driver where he can accept the booking requests, navigate through locations and calculate the total amount. With advanced technology, Uber has successfully been expanding its business and this is how they began venturing into other businesses as well. The biggest Uber news here is that they started as a small organization but today after seven years, their expansion has reached up high.

What has Uber recently come up with?

Apart from running taxis on the road, they have now come up with an innovative idea of using technology based vehicles on the road for better transportation, that too without a driver. Now, you must be thinking how is it possible to drive a car without a driver? They have recently launched a pilot program where self-driven cars are tested on the streets to make sure that they travel around the city through sensors sending the signals. Looking at this type of innovation and creativity many of the leading organizations have now approached them for huge business deals and tie-ups.

They have already begun with testing these cars in California but due to a halt in the regulations, they have shifted this project in the city of Arizona. They have dispatched almost 16 different cars to test self-driving. It may have stopped in California, but Arizona officials have welcomed this practice of autonomous cars for testing on their roads. Looking at this, California was then trying to move certain self-driven cars back on their road. There are in total 6 Volvo cars that are being tested to know how the cars are surviving on these roads without a driver. As per the details released by the officials of Uber, the remaining cars have been called off the roads. The reason for backing out from California is that this service needs to be welcomed by all out there including people and the law officials. The testing of vehicles going on in San Francisco and Arizona is semi-automatic and not for providing rides.

It is evident that Uber has been trying hard to make sure that this new venture is a success than the other organizations that have already implemented semi-automatic self-driven cars and have also received the permit to operate them around the cities. Uber has just begun with this program and is still facing some obstacles by the law authorities from different cities. The greatest live examples of such cars driven on the roads are Waymo that is backed by Google which has operated almost 50 per cent of its cars by the end of 2016. But when Uber comes on the roads along with Waymo, there is definitely going to be a tough competition among these popular organizations.

Once they pass the rules released by DMV, it is then going to be easy for them to drive in other states without any restrictions. Every city has their own rules and therefore every company here will have to face a new set of regulations every time, thus making the process difficult. The factors needed for a successful running are technology, innovation, and creativity as it is not a piece of cake that anyone can have it. No matter what the situation is but Uber Clone has made hundreds of people successful in their jobs and has given the remaining a job to earn some money. Yes, the recent Uber news has stated that it has seen an enormous amount of downfall across some levels but it still holds to be the best service provider in the world today. The self-driven cars may have come back to the roads of San Francisco today, but there is still a fear for the other people losing jobs.We are hoping that the company comes out with a solution soon!