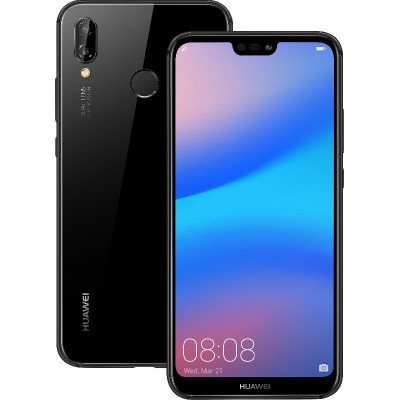 China, December 2018: The way technology has been on the rise in the recent few years is absolutely mesmerizing. Each time you think that something absolutely unique hits the shelf. There is already a team researching on how to make things even better. Shocking the people once again with its new technical revelation. Huawei has announced that it will be launching its new device. The Huawei Nova 4, which will allegedly have a camera within the screen of the phone itself.

While Samsung was one of the first companies to bring the buzz about notch fewer cameras. And bezel-less phone screens with their Galaxy A8s into the market, Huawei seems to have made the declaration of release before them.

Huawei has announced that the big reveal is supposed to happen on the 17th of December. Soon after this date was set, Samsung too made the announcement of its Galaxy A8s being released on the 10th of December.

When Samsung started talking about a small camera hole right in the screen. It became quite the talk of the town, but Huawei teaser on a Chinese subway carriage seems to have taken all the limelight toward itself.

The teasers of the Huawei phones reveal that this phone too will not have a notch to house the camera. It will simply have a little hole right in the middle of the screen in the top left corner of the device.

Remember when the world saw the first camera phones? Everyone thought that something unbelievable has been achieved. Something that was practically impossible, has now found grounds in the living world.

The success that a few initial mobile giants experienced gave a lot of new ideas to the new lot who started their own journey of developing mobile handsets. Now, as the mobile handsets develop, so will the different apps that use the hardware in order to bring something yet more surprising to the table.

In saying all of that, we have to also bear in mind the demographical background of the world. With more and more people populating the planet, the requirements of having a device or a digital assistant of sorts is becoming absolutely important.

This is probably why more and more creative applications are coming to the fore that use every single aspect of a mobile phone, in order to provide an interface that handles just about any kind of requirement that a human being has.

The one thing every new technological leap reinforces is the fact that the world is moving ahead towards digital intelligence with leaps and bounds. Therefore, in order to keep up, we will always see better smarter phones, smarter mobile apps and other digital devices as well. The catch is, to be able to keep up with all of this without getting into the rut of redundant work.