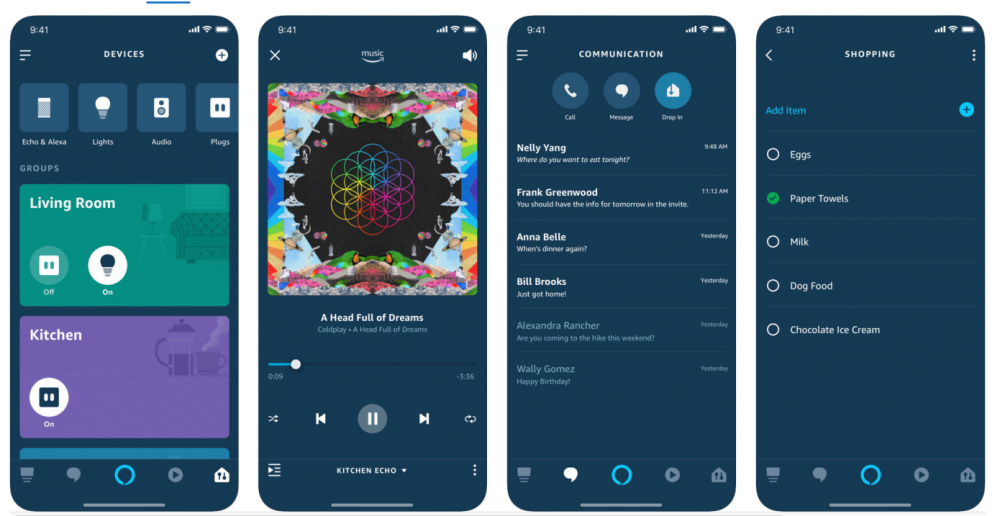 The idea of digital living is picking up trend now. With more and more people becoming heavily dependent on digital mediums to get through their life, it only made sense for Amazon to take a look at this as an opportunity to build a better and stronger business. Amazon’s app Alexa has been reported to have had a very major update and complete overhaul. This new update is set to make sure that life of the people who are using Smart homes becomes a lot easier. The new changes in the Alexa app ensure that the users can view all the devices that are connected to Alexa on one single screen itself.

This is an important overhaul because previously, people would have to switch between tabs in order to control different devices. Now, it’s all present in one single screen. It is easy to manage and is much faster in terms of usability.

The other significant change here is the fact that the app doesn’t look like it used to earlier. Initially, although elegant, the design of the Alexa app was mostly a set of white icons put across over a dark background.

Now, the app looks a lot more colorful and pulsating. The devices controlled by Alexa are usually sorted in groups. So, the new update is such that it has set a different background color to each group of devices. For example, Living Room is set in a different background color than the Kitchen or the Bedroom. It might not look like colors can affect usability, but they do in a big way. These colors help the user reach the panel that they need in just a glance because the color is absolutely evident.

Why give the Alexa app an overhaul now?

Overhauling the Alexa app had become important at this stage because, in the world of technology, you can’t keep still. Things need to continuously keep moving in order to make sure that they are in sync with the times.

Not only was this change needed, design per se, but also because the number of “smart” devices that people are bringing into their homes is ever increasing. With everything from Air Conditioners to the washing machine that can be controlled remotely, enhancing Alexa was only a fair decision.

The concept of smart speakers is becoming tremendously popular these days. An average of 40% of smart speaker users has multiple devices connected to it. This means that more and more people are using more and more digitally enabled devices. According to studies, the figure of $96 billion in 2018 is all set to reach $155 billion by the year 2023. If the turnover from sales of these devices is so huge. It is clear why so many people are fighting to get a piece of the potential business.

These numbers are a clear indicator of the fact that there are more digitally controllable devices in the making. More and more entrepreneurs will be looking at creating smart speaker enabled devices. Amazon’s recent exhibition of a plethora of devices starting from wall clocks to microwaves that can be controlled using Alexa.

The app overhaul makes it easy for the Users to make multi-level calling. This means that it turns the Echo into a voice-controlled intercom system. This feature makes it extremely useful for larger homes. If there are multiple stories in the home, Alexa will allow you to convey a message to the other floor by saying “Alexa drop in on”.

The Alexa app can obviously be controlled using a simple button at the top of the messaging screen. A single button will be responsible in helping you to send a message, make a call or Drop in. This app hasn’t had an official announcement pertaining to the updates, but it is expected soon.